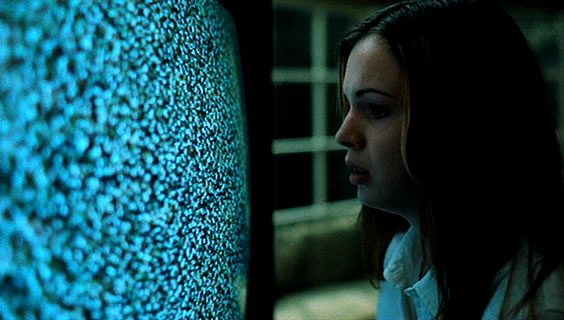 There are, perhaps, two characteristics of a classic. One is that it remains in the memory long after it should’ve. The other is that it changes the films that come after it. It’s hard to admit it, but Gore Verbinski’s The Ring is a modern classic.

The Ring remake was released in 2002. It was based on a Japanese film that had a great concept, but would be too subtle for Western audiences. Producer Roy Lee generally gets credit for ushering over this movie from Japan. After the success of this film, he got slammed with work, becoming the go-to agent for Asian remakes.

In the last decade there has been an influx of popular Asian films that have no basis in martial arts, and it’s not stopping anytime soon. That is directly attributable to this film, which made roughly $250 million dollars on a budget of less than $50 million.

Intentionally made to be a PG-13, The Ring steers away from implicit horrors, which has become a trend as well. The last five years alone have been an American horror renaissance of smart, subtle films. It would be hyperbole to suggest that that has occurred solely because of The Ring, but I do think it had some relevance in influencing the films that came after it.

A recent film (Scott Derrickson’s Sinister, to be exact) understood how The Ring was structured, and imitated a lot of those elements (except the most important one!) and that’s when it hit me. The Ring had changed things.

The Ring does an awful lot of things right.

In the first place, Director Gore Verbinski and Cinematographer/Director of Photography Bojan Bazelli establish the film in a washed out color palette. Between that and the decision to film in Seattle, the film has an inherent darkness even in scenes where nothing sinister happens.

The screenplay from Ehren Kruger wastes no time getting right into movie. I’ve read that it’s a common rule that scripts need to engage their audience at the 20 minute mark, or they’ve lost their audience. It is always interesting to see how writers negotiate that concept. Kruger simply starts the film immediately with two teenage girls that introduce the concept.

The character bits start at eight and a half minutes in, which simultaneously begins to set up things that will be explored later. Again, this is a dark film visually, which I think helps the special effects look even better.

The film introduces  Rachel (Naomi Watts) as a busy, aggressive mother and Aidan (David Dorfman) as an intelligent, sensitive, but oddly stilted child (autism anyone?). Their dynamic is unsettling. The setting is unsettling. And nothing has really happened yet.

At this point The Ring slows down to a halt, and all good horror movie buffs know when to relax and just endure bits like this. There’s even some rather ambiguous slow piano playing.  There has been a death, and there’s some nice understated bits after the funeral and the girls are talking in the kitchen about what happened- 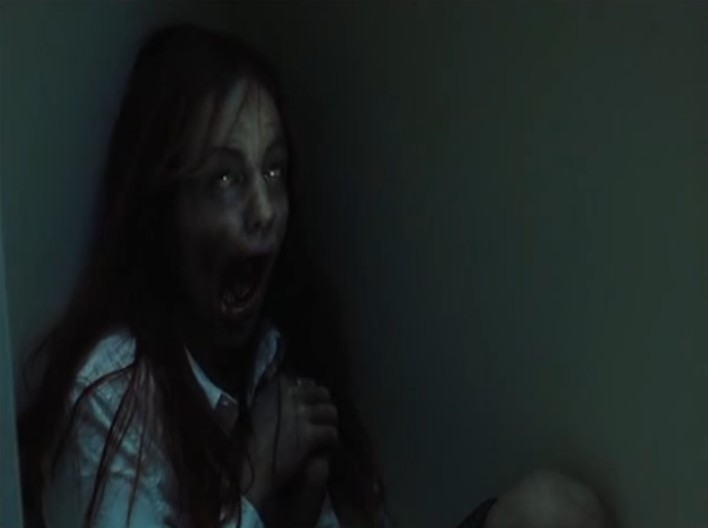 They open the closet, and show you what happened from the beginning of the movie. It’s out of sequence and done completely when you aren’t ready for it. It is one of the finest quick jump scenes I have ever seen in film, and the moment when everyone at the theater I saw this in took the movie seriously. (Rick Baker did the makeup here, so its nice to see the presence of a true master.)

Men screamed. Women stopped texting. The rumble of bored low-level conversation became a whimper. No one ever recovered from that moment.

Oddly enough, it is the only thing about this movie that hasn’t been replicated, even though it was the most effective idea. Show people things when they’re not ready to see them. Use their knowledge of film tropes against them. From this point on, The Ring let viewers know that it couldn’t be trusted.

The script kicks in here, because the film becomes a mystery. What is this videotape that kills everyone that watches it, and where can it be found?

Rachel watches the tape in a creepy cabin. Now she is cursed, and SOMETHING is coming. Because he has already violated our trust in the beginning, Verbinski does the smart thing, he lets the sound design and Hans Zimmer take over. And then he frames a lot of shots like there something outside of the frame. Because he established earlier in the film that anything could happen at any time, you spend the rest of the time waiting for something horrible.

The Ring proceeds from there. As a brief summary (for the two people that don’t know) the plot concerns a girl (of indeterminate origin) with the psychic ability to project images directly into peoples minds. Out of desperation, her family attacks her and throws her into a well. Instead of solving the problem, it makes it worse, the girl (Samara) manifests herself through the television that she relentlessly watched the in barn.

That’s right, in one of the great horror movie reveals, it turns out that Samara has been climbing out of people’s televisions and scaring them to death.

After The Ring, there was a run of movies where people were being by various haunted technologies. Cameras, websites, 35 millimeter film, one wonders if there was a movie about an evil toaster.

Director Gore Verbinski was propelled to an A-list career, which is still in its prime. Before The Ring he had done the oddly nightmarish Mouse Hunt. Right now he is preparing Johnny Depp in the Lone Ranger.

Horror films changed as well. The Ring immediately illustrated the difference between Western ghost/curse films and Eastern ones. In the West, there is a way out, a way to end the curse, to put the tormented soul to rest.

In Eastern movies? You just die. You lose. (Post-war Japanese film isn’t known for its optimism.) Horror movies now have more and more of the inexorable ending, and not because they’re simply trying to establish sequels. There is a different sensibility to horror now, and I think The Ring was the beginning of that change.